Call it “dry brain.” The moment your noodle feels even mildly parched, a bunch of its most important functions tend to go haywire. From the way you feel to the power your mind has to process info and memories, dehydration does immediate damage to your mental abilities. It even shrinks your brain, research shows.

Here are a bunch of good reasons to keep a water bottle by your side this summer.

4 to 8 Hours Without Water (Mild Dehydration)

“For the purposes of our project, we defined mild dehydration as about a 1.5 percent loss of body weight,” says Harris Lieberman, Ph.D., a scientist with the U.S. Army who has studied the effects of this type of dehydration on the brains of women. One-point-five percent may sound like a lot of lost water weight. But Lieberman says you would quickly reach that level of dehydration if you went about your day, taking time for some light exercise, without drinking water. (Workout strenuously in the summer heat, and you’ll get there a lot quicker, he says.)

Here’s what his research found: Dehydrated women experienced a significant drop-off in energy and mood. Basically, they felt tired and lousy about life, Lieberman says. “Also, women were more likely to have headaches and report difficulty concentrating,” he adds. Why? “The brain is extremely sensitive to even small changes in the amounts of ions like sodium and potassium found in your body’s fluids,” he explains. While he can’t pinpoint exactly why your brain flips out when it becomes dehydrated, he says the mood and energy changes may be some sort of built-in alarm system, there to let you know you need water. (Men experienced some of these effects, but not to the same extent as women. He says that probably has to do with body composition differences.)

Along with those mood and energy deficits, your dehydrated brain also has to use a lot more energy to accomplish the same tasks, shows a study from King’s College London. After comparing the heads of slightly dehydrated teens to those of their properly watered peers, the thirsty young guys and girls showed especially strong activity in the frontal-parietal region of the brain during a problem solving task. Despite that surge of brainpower, the parched teens didn’t perform any better on the task than their well-hydrated buddies.

The study team concluded that, as a result of their dehydration, the teens’ brains had to work harder to function normally. Since brainpower is a limited resource, your mind sans water is like a cell phone without a proper charge; it’s going to crap out sooner than it normally would. A similar study from the University of Connecticut found that you actually perceive mental tasks to be more difficult when you’re dehydrated, even if your performance doesn’t suffer. 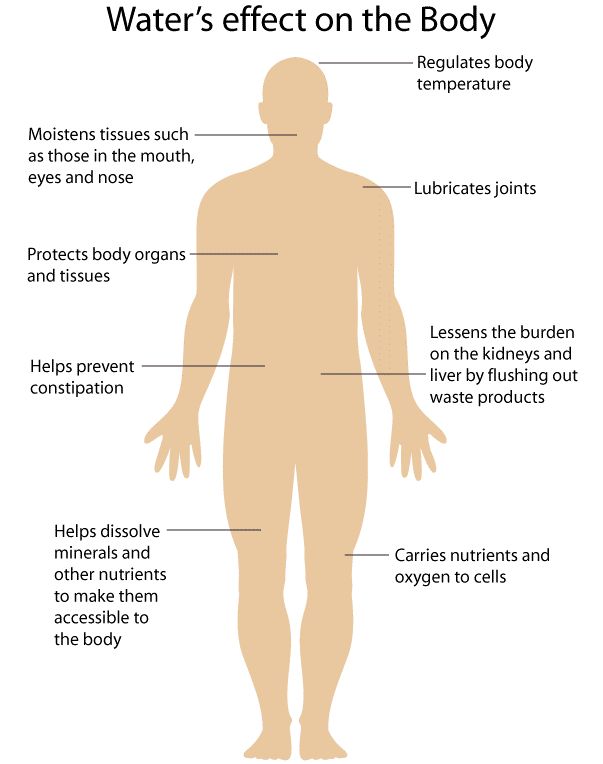 Defined as a 3 to 4 percent drop in body weight due to lack of water, Lieberman says more-severe levels of dehydration will intensify the brain problems his research uncovered. “Also, you’re going to see substantial changes in your ability to perform cognitively,” he explains. “Learning and memory and alertness will all suffer with severe dehydration.” There’s even evidence that your brain will shrink if you’re dehydrated, shows a study from Harvard Medical School. Like plant leaves without water, the cells in your brain appear to dry out and contract when deprived of fluid, the Harvard research indicates.

On the other hand, re-hydrating those cells after they’ve shrunk can (in extreme cases) actually lead to a cerebral edema, or a swelling of the brain as the thirsty cells suck up too much fluid. Studies show this kind of rapid over-hydration of the brain can lead to cell damage or ruptures—not common for most people but a slight risk for endurance athletes who may become massively dehydrated before taking in big amounts of fluid.

How do you avoid all this? First of all, if you feel thirsty, you’ve already waited too long to drink some H2O, Lieberman says. “Urine color is a better indicator of hydration,” he adds, explaining that you want your pee to be a light straw color. “The darker it gets, the more you’re dehydrated.” Easy enough?