Water is a key element in everyday life, much less in areas that do not have enough. Through out the United States, rivers supply a vast majority of water to local cities and towns, but some parts of society must rely on wells, reservoirs and well…mother nature. Here in Arizona, we don’t take water for granted, we try our best to preserve what resources we have, to help grow not only our economy, but our health. Livestock, farms and the people that tend them, need plenty of water! Here are a couple facts from the Arizona Department of Water Resources. If you have any questions regarding this, please give them a call at Phone: (602) 771-8500 Long Distance within Arizona: (800) 352-8488 Fax: (602) 771-8486.

WHAT WATER SUPPLIES ARE AVAILABLE?

Surface water from lakes, rivers and streams is Arizona’s major renewable resource. However, because of our desert climate, the amount of surface water available can vary dramatically from year to year, season to season, and place to place. In order to make the best use of the surface water when and where it is needed, storage reservoirs and delivery systems have been constructed throughout the state. Most notable are the major reservoir storage systems located on the Salt, Verde, Gila and Agua Fria rivers. Almost all of the natural surface water in Arizona has been developed.

A separate category of surface water in Arizona is the water supplied through the Colorado River. The federal government constructed a system of reservoirs on the River to harness its supplies for use in several states. Arizona, California, Nevada, New Mexico, Utah, Colorado, Wyoming and Mexico share the River’s resources. Rights to use Colorado River water are quantified by a string of legal authorities known as the “Law of the River.” Based on this body of law, Arizona has the right to use 2.8 million acre feet annually of Colorado River water. Mohave, La Paz and Yuma county water users rely on Colorado River as their principal water supply. When fully utilized, the Central Arizona Project will deliver on average 1.5 million-acre feet of Colorado River water to Maricopa, Pinal and Pima Counties. 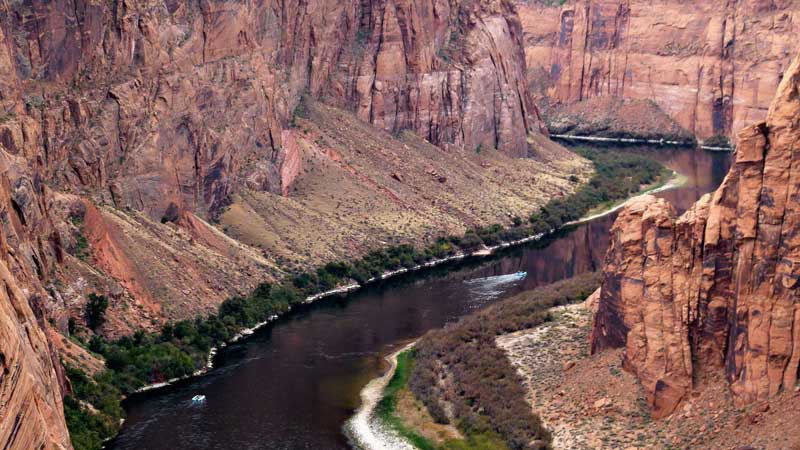 About 43 percent of the state’s water use comes from groundwater sources. The water supply from groundwater is found beneath the earth’s surface in natural reservoirs called aquifers. In most cases the water stored in these reservoirs has been in place for millions of years. Throughout this Century, groundwater has been pumped out more rapidly than it is being replenished, creating a condition called overdraft. Though a large amount of water remains stored in Arizona’s aquifers, its availability is limited by location, depth and quality. By continuing to overdraft the state’s groundwater supplies, we challenge our ability to ensure a secure water supply for the future. In recognition of this threat,

Reclaimed water, or effluent, is the one increasing water source in our state. As our population and water use grows, more treated wastewater will be available. Reclaimed water is treated to a quality that can be used for purposes such as agriculture, golf courses, parks, industrial cooling, or maintenance of wildlife areas.

HOW MUCH WATER ARE WE USING?

Based on data from 2001-2005, Arizona uses approximately 6.96 million acre-feet of water annually. One acre-foot equals 325,851 gallons. An acre-foot is enough water to serve the needs of a family of five for one year.

HOW IS THE WATER BEING USED

The graph below shows the percentage of water used by each major use category. 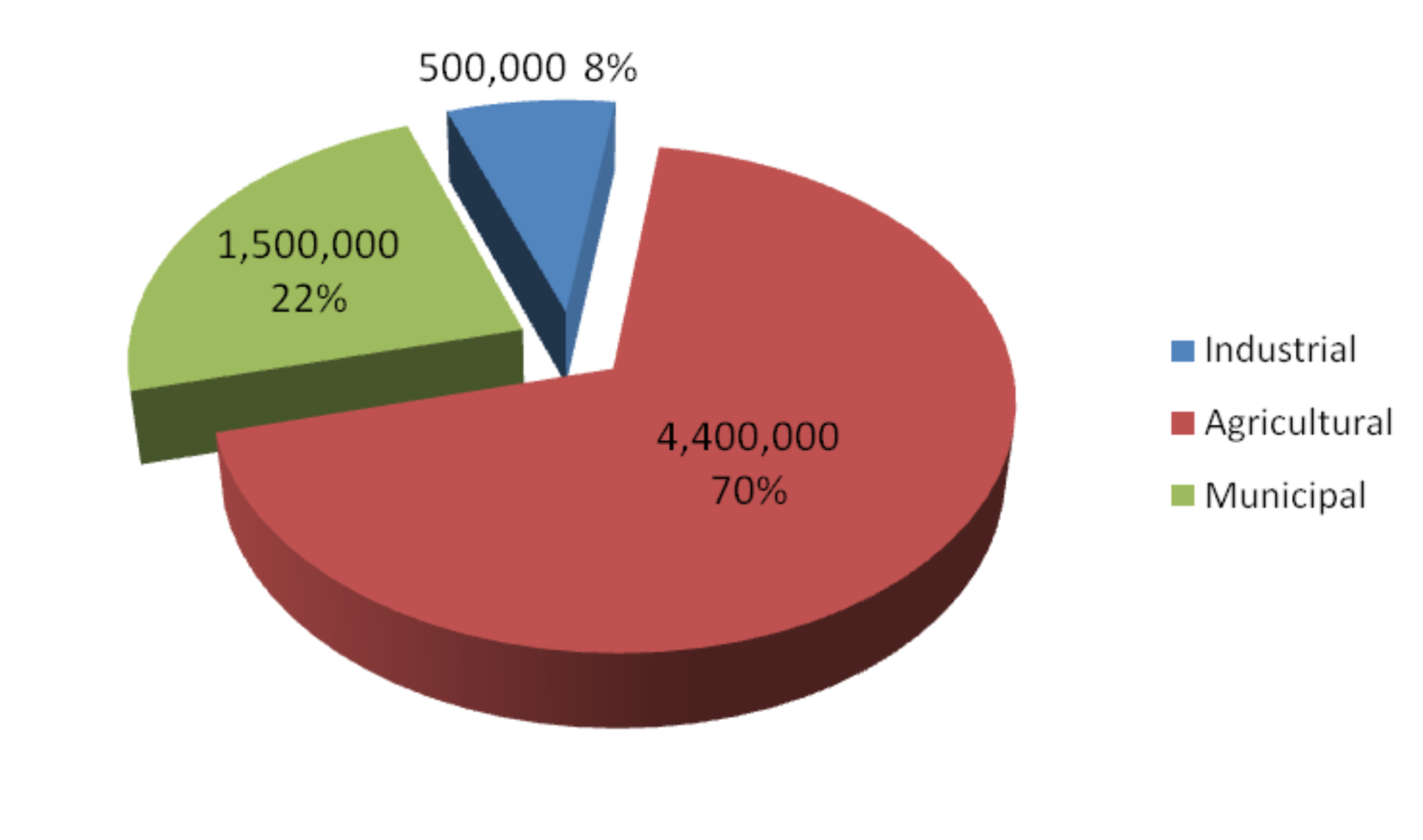